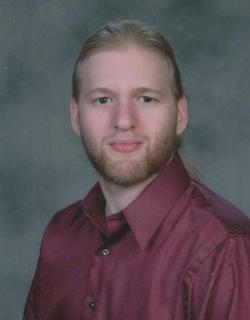 William Louis Chapin Issa's time on earth was much too short, but he left an enduring and deep impression on those he knew, his parents Bill and Nancy and his brother Colin. Always talkative, argumentative, and logical, this predicated the attorney he wanted to be. He participated in high school debate, Lincoln-Douglas and extemporaneous speech; model U.N.; and mock trial in college where he excelled in presenting both defense and prosecution and was judged best witness at the national competition for his bum character complete with blacked out teeth, duck-taped glasses and tennis shoes, mismatched plaid suit, and wild, long tangled hair. While very articulate, he did have some memorable sayings. Taking a page from Mel Brooks, he referred to sherpas as schleppers. A most appropriate malapropism since the job of a Sherpa is to carry belongings of those climbing in the Himalayas. A good meal was always fulfilling. At the age of 2 and a half, when asked how a Christmas ornament had been broken, he replied very earnestly, "It became entangled. “At about the same age, while sitting on the toilet during a training session, he sneezed and when offered a piece of toilet paper to wipe his nose, he replied indignantly as only a toddler can, "Not potty Kleenex!" A lifelong vegetarian and regular blood donor since he turned 17, he loved all animals very deeply and demonstrated this by working at the Shaker Animal Shelter and Woodbury Science lab where he was very fond of a ball python named Monte. In college he observed canid behavior at Wolf Park and wanted to return to work with the wolves with which he had a wonderful rapport. Those who knew him marveled at his ability to withstand the cold, he always wore sandals and short sleeved shirts in even the bitterest days of winter. Not a religious person but a deeply spiritual one, he believed in other dimensions and universes. He devoured books on fantasy and science fiction and always carried a book to read. He treasured his gifts but always gave most generously of his time and money to the causes about which he cared. He loved his creature comforts- a nice glass of wine, tea, or coffee, Thai food, a luxurious bath, and of course he spent a fortune on hair care products, but he was deeply concerned about the environment. He interned in Washington for Representative Dennis Kucinich, another environmental advocate. William's career goal was to be an environmental attorney and at Case Western Reserve he majored in Philosophy, Environmental Science, and Psychology earning his degree with honors. He worked for an attorney and although more of a theoretical thinker, he was quite technically proficient working as the assistant to the College Secretary at Shaker Heights High School where he created a database for maintaining records for each graduating class. He also worked with hardware in the school system while in high school maintaining the computer labs. Will was the beloved son of Bill and Nancy Issa of Shaker Hts, OH and the dearest brother of Colin Issa. He was the loving grandson of Martha Robertson (Raymond) and the late William D Issa, Louis D. and Lois T. Chapin and a dear nephew and cousin to many.