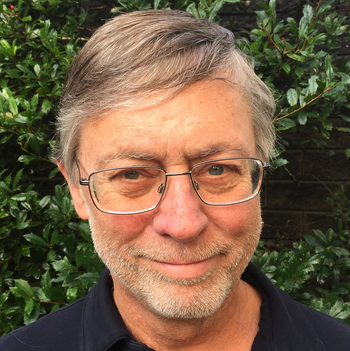 We are delighted that Stan Cox agreed to be our William Issa Speaker for the Fall Semester 2021. We anticipate that Stan will join us virtually during Common Dialogue Day scheduled for Tuesday, November 9, 2021. More details to come in time.

Stan Cox received his Ph.D. in plant breeding and genetics from Iowa State University in 1983. He served in the U.S. Department of Agriculture as a wheat geneticist in the 1980s and 90s, and joined The Land Institute in 2000 as research coordinator. He is now a research scholar in Ecosphere Studies at TLI. His books include The Path to a Livable Future: Forging a New Politics to Fight Climate Change, Racism, and the Next Pandemic (2021); The Green New Deal and Beyond: Ending the Climate Emergency While We Still Can (2020); Any Way You Slice It: The Past, Present, and Future of Rationing (2013); Losing Our Cool: Uncomfortable Truths About Our Air-Conditioned World (2010); and, with Paul Cox, How the World Breaks: Life in Catastrophe’s Path, from the Carribbean to Siberia (2016). His writings on the economic and political roots of the global ecological crisis have appeared in the New York Times, Washington Post, Los Angeles Times, The New Republic, The Guardian, and in local publications spanning forty-three U.S. states. He lives in Salina, Kansas.
Stan will speak about the Green New Deal and his ecosphere studies and research on perennial crops with the Land Institute.